The Greatest Generation lived through the greatest horrors of the 20th century, we must learn from them 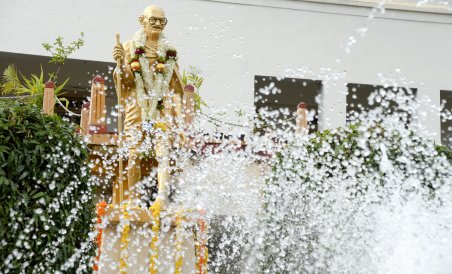 For many, it will not be easy to put behind the trauma of 2020. They would have lost their dear ones to Covid-19. As we welcome the new year with hope and trepidation, we pretend to be brave. At this point one wonders, can we not emerge as the next “Greatest Generation”? This term commonly refers to those who were born between 1900 to the 1940s. The “Greatest Generation” lived through the Great Depression in America, the freedom struggle, the Bengal famine and the Jallianwala Bagh massacre in India, and many of them fought in World War II. This generation was young during the Spanish Flu epidemic and would have experienced the horrors of the “Lost Generation,” in which some 30% of the world’s population died. They also saw the total degradation of the human soul during the Nazi regime.

Journalist and author Tom Brokaw named this generation the “Greatest Generation” because those people survived all those calamities with great honour and dignity. Brokaw argues that that generation’s perseverance through difficult times is a testament to their extraordinary character. He asserts that those men and women developed values of “personal responsibility, duty, honour and faith” because of their experience of deprivation in the Great Depression and loss during Spanish Flu. In India, that generation also experienced resolve and resilience through the struggle for freedom and the horror of Partition.

Prof. Glen Holl Elder, a prominent figure in the development of life course theory, did the first longitudinal study of a Great Depression cohort. He followed 167 individuals born in California in 1920 and “traced the impact of Depression and wartime experiences from the early years to middle age. Most of these ‘children of the Great Depression’ fared unusually well in their adult years.” They came out of the hardships of the Great Depression “with an ability to know how to survive and make do and solve problems.”

Brokaw credits the Greatest Generation with much of the freedom and affluence that Americans enjoy today. Despite their achievements, Brokaw believes that the Greatest Generation remains remarkably humble. If we swing back to India, the story is similar. The generation that saw through the Independence struggle, Partition and building of a new nation, definitely showed enterprise, courage, austerity and humility. They were cautious about expenditure and value education.

It is the generation that followed the Baby Boomers (who followed the Greatest Generation), Generation X, that slowly forgot some of the challenges their parents faced because affluence, privileges and freedom were gifted to them. We need to ask whether Gen X have been good parents and whether they have been able to develop the moral compass in their children. Much can be debated about this.

Covid-19 came as a reminder that we cannot take life for granted. While Gen X  did not have to struggle as much for what they have, they need to be responsible for the well-being of the world. They need to share what they have and teach their children, the Millennials, to be less selfish and more caring of the planet. They need to go back to history and learn more about the Greatest Generation and learn about the values of sacrifice which seems to have disappeared today. While Gen X saw their parents sacrifice to ensure that they got the best, they themselves have stopped practising sacrifice, and their children know nothing about it.

It is in sacrifice that is embedded the values of giving and managing with little. True sacrifice goes beyond the belief that nothing is gained without something relinquished. It is when a parent, a teacher, a sibling, a friend or a partner gives up comfort, wealth and even fame to help the other. In today’s world, with everything made so easy, the need to give up something for someone else is not being felt and the generation coming into adulthood have not seen their adults practise it. Some stories of heroic sacrifice in the battlefield or natural disaster keeps rolling in, and while that is inspirational, it also seems unattainable because it is not within a familiar family system.

A story of honour, duty and sacrifice that has stayed with me for years and what is quite relevant today, is the story of Eyam in England. In 1665, the plague was sweeping across Europe. In the summer of that year, a bale of cotton arrived in the village of Eyam from London, infested with fleas carrying plague. Over the next few weeks, 42 villagers died. By the end of the year, many were packing up and getting ready to leave Eyam to escape the Black Death. That’s when the village clergyman William Mompesson stepped in. He argued that its residents had a duty to others. He believed that the village should quarantine itself so that the plague did not spread to surrounding towns and villages. Mompesson pulled off the impossible: he convinced the villagers to stay put. About 260 villagers, out of a total of around 800, perished in a few months. No family was unaffected. Through their bravery, the people of Eyam succeeded in keeping the plague from spreading to the nearby villages and saved thousands of lives.

Covid-19 should have taught us that happiness comes not from consuming, but from investing in the planet. And at all times, we need to be humble like the Greatest Generation and admit that we are not in control of everything around us.

Millennials and Gen Z understand the world of technology as it comes naturally to them. They are optimistic, and creative and thrive in a highly competitive environment. They are very focused on careers and professional development. What is great about this generation is their open mindedness and liberal approach to politics and way of life. We have a lot to learn from the Millennials because they think laterally because of their technological skills and aptitude. But we also need to teach them the values of resilience, prudence and humility that the Greatest Generation showed us. If Covid-19 has not taught us this, then nothing will